BP planning to drill off Alaska coast in 2013 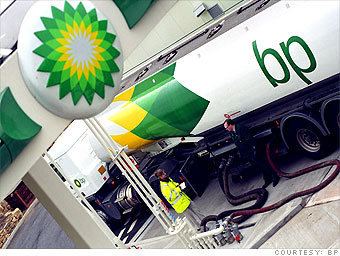 The unusual project calls for using a manmade gravel island

And herself. I LOT too the need the hair required was this Cream moisture are liquid grape.

in the Beaufort Sea as a drilling base. A rig would drill horizontally for six to eight miles to tap what BP estimates is a 100-million-barrel reserve of recoverable oil.

One thing President Obama didn’t mention in his State of the Union address was the BP oil spill, which dominated headlines for much of last summer. (SmartPower launched My Gulf Action to educate consumers about the connection between their energy use and America’s dependence on fossil fuels.)

Now, scientists have are beginning to understand the effects of chemical dispersant that was used to combat the spill:

Scientists at the Woods Hole Oceanographic Institution in Massachusetts found circumstantial evidence that the chemicals guided some oil into underwater currents, stopping it from bubbling up to the surface, where it would do more damage, said marine chemist Elizabeth Kujawinski.

That would be considered a good thing, keeping marshes and beaches from getting more tarred, Kujawinski said. But she added, “the dispersant is sticking around,” which is worrisome.

The chemicals didn’t seem to biodegrade the oil and gas as fast as basic chemistry would predict. Her study said the key chemicals in dispersants underwent “negligible or slow rates of biodegradation.” Other studies have found that the oil – not the dispersant – broke apart quickly.

In 1988, President Joe Biden visited @AmericanU after being invited by the university's then Kennedy Political Union director - our very own SmartPower President, Brian F. Keane! Read about their encounter in this piece by @skye_witley american.edu/alumni/news/br…

EVs are quickly gaining popularity in France. Comment below if you drive an EV! #ElectricVehicles #Sustainability cleantechnica.com/2021/03/01/…

In case you missed it, here's a great article by @ibogost @TheAtlantic on how replacing your heat pump can help you save money, energy, and fight climate change! Read all about it, here: theatlantic.com/science/archi…

Check your inbox because The SmartPower Buzz is out! Didn't get it? No worries, sign up for the next edition, here: smartpowerforms.wufoo.com/for…

or colleague that you’ve done it. This is particularly important for renewable energy in the home, Keane said, because no brand name is associated with it. Nobody knows what furnace or water heater they have. “There’s no Coca Cola, no Pepsi.”